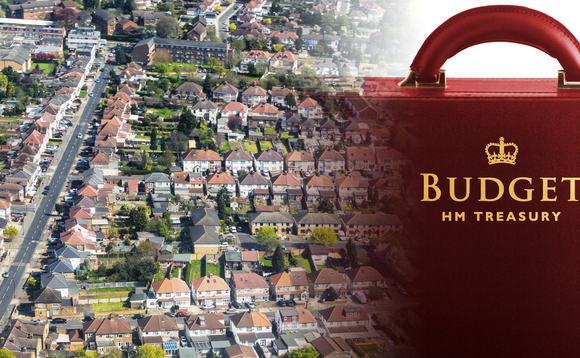 Among the barren economic wasteland that COVID-19 has left in its wake, a few small promising buds of growth are starting to penetrate the unpredictable property world.

Back on March 1, with the vaccination rollout in full swing, Chancellor Rishi Sunak unveiled some positive changes in his Spring Budget.

The stamp duty holiday extension and a government-backed mortgage guarantee are among the measures which are giving new hope to home buyers and sellers.

“The last 12 months have been difficult for many, but the Spring Budget has been a welcome shot in the arm,” says Dean Williamson, director of LW Developments.

“As we embrace the lighter evenings and the world tentatively starts to open up again, it feels like the property world has been given a vital helping hand. Hopefully these government-backed measures will put a much-needed spring in everyone’s step.”

One of the first things the Chancellor announced was good news for buyers and sellers with the confirmation that the stamp duty holiday was being extended until June 30.

This eases the pressure for those who had been concerned their selling transaction would not be complete by March 31.

“This news will definitely be welcomed by conveyancers, lenders and surveyors as the extra three months is providing a little more breathing space,” says Dean.

“But I hope the newly extended deadline doesn’t encourage buyers to take any unnecessary risks to try to speed up their moving process in order to complete it before the end of June.”

The initial scheme has helped give the UK property a much-needed boost and house prices have been on the rise since last July.

However, to help ease people back into the pre-COVID system, a tapering period has been agreed. This means that for a further three months from July, the threshold will temporarily sit at £250,000 until the end of September. Then from October, it will fall back to the normal £125,000 level.

The government has pledged to back portions of the mortgages to entice lenders and the scheme is expected to be rolled out by some of the UK’s largest lenders by April.

This idea is going to help buyers who might only have smaller deposits but wish to purchase a property worth up to £600,000,” says Dean.

“First-time buyers are hugely important to keeping the property market rolling, so this is a clever approach.”

But Dean recommends people should approach with caution.

“The scheme won’t necessarily make property more affordable for first-time buyers. Instead, it will allow them to borrow even more so they can afford the property. That means if house prices remain high, some first-time buyers might continue to struggle to get on the ladder, even with the government support.”

Despite the newly announced measures and the renewed optimism surrounding property, there are still a lot of unknown variables.

No one knows how long house prices are going to remain high, nor whether they will continue to climb or another huge crash is on the way.

According to the Land Registry’s UK House Price Index, the price of a property in the UK increased by 1.2 per cent month-on-month and 8.5 per cent year-on-year in December, to reach £251,500.

In terms of sales, Rightmove research has found the average sell to purchase transaction in February took 60 days. A year before, it took 67 days, but in October 2020 a record low of 49 days was recorded.

“No one has a crystal ball and the COVID-19 crisis has been unprecedented, so experts are divided on what the future holds. For the time being, the measures introduced will certainly keep things moving at the moment. We will have to see what happens later on in the year when the government-backed initiatives have stopped,” Dean says.

For further guidance on freehold land or property get in touch with LW Developments on 01992 447 713 or email dean@lwdevelopments.com.